Virtual Reality filmmaker Chris Milk wants to ease you out of your world and into his. Or, at least, into someone else’s.

Milk’s film Clouds Over Sidra, a collaboration with United Nations senior advisor Gabo Arora in partnership with the UN, guides viewers through a day in the life of a 12-year-old Syrian refugee in Jordan. The perspective of the film’s protagonist, Sidra, is both visceral and heartbreaking.

Since premiering at the UN’s World Economic Forum in January 2015, it has created empathy across the global community, but especially among decision makers with power to affect change in the lives of people subjected to conditions similar to those depicted in the film.

“People have a really emotional reaction to that film,” says Milk. “We showed it at Sundance last year using Google Cardboard, and we kept having to throw away the Cardboard [headsets] because they were getting soggy from people crying. The film is only seven minutes long, but the power and the impact that it had within seven minutes is something I’ve never seen before in any other form of media.”

Look Side-to-Side, Behind You, Below: VR Is Everywhere

Virtual Reality, known as VR, has come a long way from the halting, animated games and awkward headgear of the past. “Every few years, there’s some new application of technology that becomes the darling of the industry,” says Nick Felder, global group director of Film and Music Production for Coca-Cola. “A few years ago, for example, it was 3-D at home, but that never took off. Now it’s VR, and the experience is finally living up to its promise.”

Cue up a VR film, and you’ll find yourself inside a different world. The images are not only stereoscopic and visible in all directions—side-to-side, behind you, overhead and below—but are also seamlessly in sync with your head motions. The sound, too, is binaural, which means it’s heard distinctly in each ear, depending on where the sound is coming from.

Perhaps the best part? You already have 90 percent of the technology you need in your pocket. Smartphones are the main vehicle for many of today’s VR films; you simply download an app, such as YouTube’s VR app or Milk’s VRSE, to view them.

And while you can watch the films “naked,” they’re best experienced through a headset, such as Oculus Rift, Samsung’s Gear or even a simple pair of light-blocking goggles, such as Google Cardboard or Coke’s DIY VR headset. 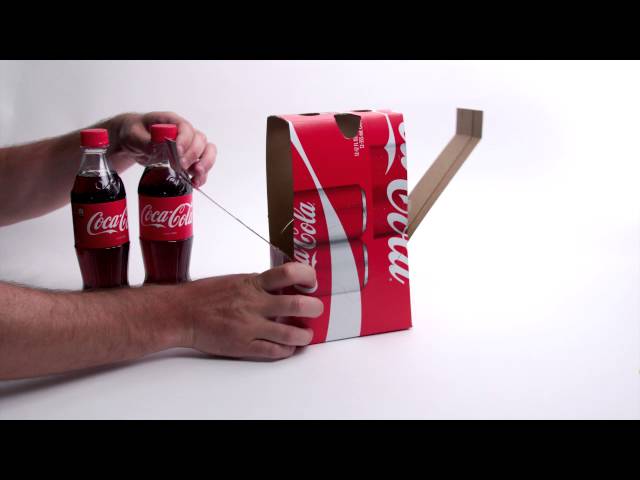 Being Part of the Experience

VR not only brings us closer to each other, but also closer to our passions. “Through VR, you can watch an international soccer star teach you how to bend a soccer ball, or get a drum lesson from a legendary musician,” Felder points out. Milk, who got his start directing music videos, has used his VR cameras to capture the experience of being on stage with internationally renowned artists in front of massive, cheering crowds.

“VR is for certain kinds of premium experiences,” says Felder. “And, right now, it’s for people who want to jump in and be first to an experience that will one day be ubiquitous.”

For example, last year in Korea, Fanta teamed up with the online game League of Legends to launch production of limited-edition packs of Fanta that could be folded and repurposed into VR headsets. Viewers could test out the VR experience with an animated Fanta-themed roller coaster ride and then continue to use the goggles to enjoy whatever VR content they downloaded onto their smartphones. The rollout was so successful that plans are already underway to launch production of more free DIY goggles on a wider scale later this year.

Milk, too, believes VR is poised to make quite an impact as we learn to manipulate the medium and take advantage of technological advances.

“Right now, we’re looking at VR in its most embryonic state,” he says. “We have to figure out what the language of storytelling is in this medium. We’re at the equivalent of the first year of cinema. Nobody knew what a feature film was during the first year of cinema; they just had this camera and projector that could capture, reproduce and project a moving image of real life in a sequence of rectangles. They didn’t have masterful storytelling. We can feel that VR is special, but we’re still exploring how to use it.”

In fact, The New York Times believes so firmly in the power and potential of VR that it recently tapped Milk, among a handful of other visionary filmmakers, to help tell stories in VR. The Times then proceeded to mail 1.3 million Google Cardboard headsets to their subscribers, giving them access to view the publication’s VR content.

Could This Virtually Be What We Need to Reconnect?

In an age when our screens are nudging us increasingly further away from personal interaction, VR may be the vehicle that reconnects us. “The format of traditional media is that it’s a story about people over there—you’re looking through this rectangle at people on the other side,” says Milk.

But the immersive nature of VR collapses the distance between viewer and subject, allowing viewers to experience an event as if it were actually happening to them.

“There’s a psychological change that happens when you feel you are in the presence of another person,” Milk observes. “You’re more sympathetic, or empathetic, and more open to hearing their views—in the same way that you might be more open to someone’s opinion when you sit down with them over lunch versus reading an essay that they wrote. There’s something magical in that human connection.”